Download the PDF
When Alexian Brothers Health System embarked on the construction of a new Women & Children's Hospital in Hoffman Estates, IL, they turned to APCO to develop an interior signage program suitable for the state of the art facility.

The new, 7-story, 217,000 sq/ft hospital connects to the existing St. Alexius Medical Center on the 1st floor, adding three new elevators and three new entrances, so a well-planned wayfinding program was critical for successful navigation of the facility.

Signage installation was completed in March 2013 in advance of the hospital's grand opening in April. The primary system featured is APCO's FullView E-Series combined with frosted acrylic backers of the Elements 2 line and featuring contour-shaped, aluminum edge profiles. The Accord 15 system is used for many of the directional signs and also features contour aluminum edge profiles to maintain a seamless look throughout the entire program.

Incorporating the Alexian Brothers Health System logo, as well as the two logos of the Women & Children's Hospital, was also a key design element of the signage program, both for brand and zone reinforcement.

With future growth and changes expected, ease of sign system maintenance was essential. Many of the signs, including the Accord 15 directionals, feature subsurface laser-printed inserts allowing updates to be produced in-house by hospital staff. Using APCO's SignWord Pro software to produce replacement inserts saves the hospital time, money and resources and is also a very eco-friendly option. 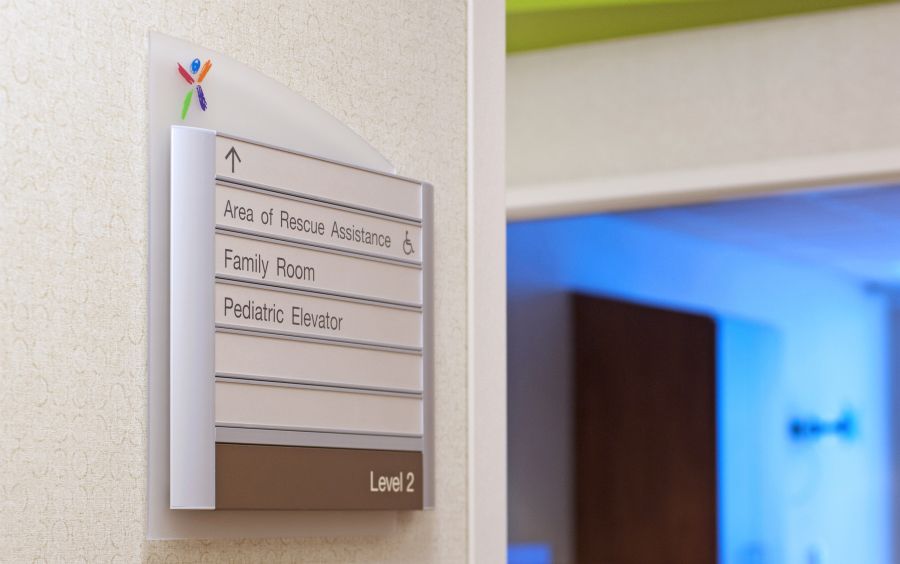 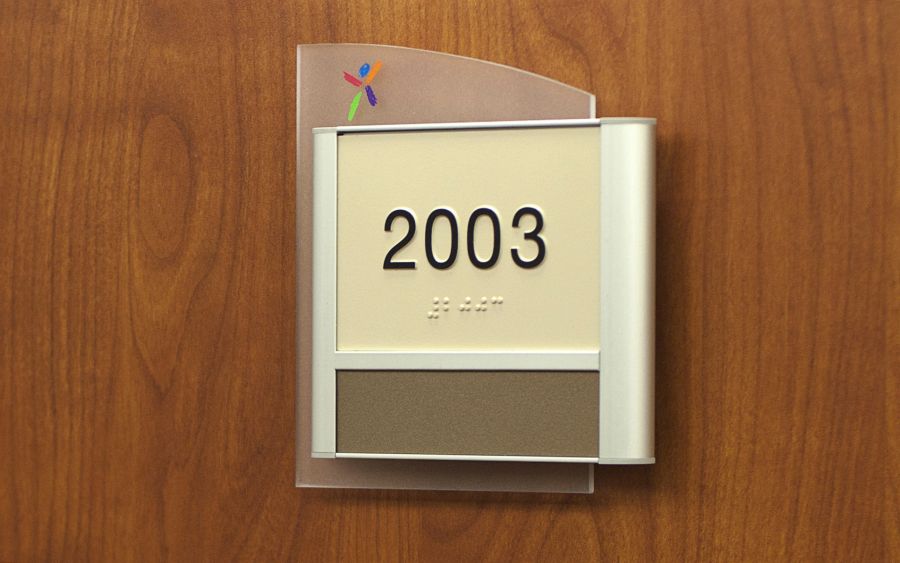 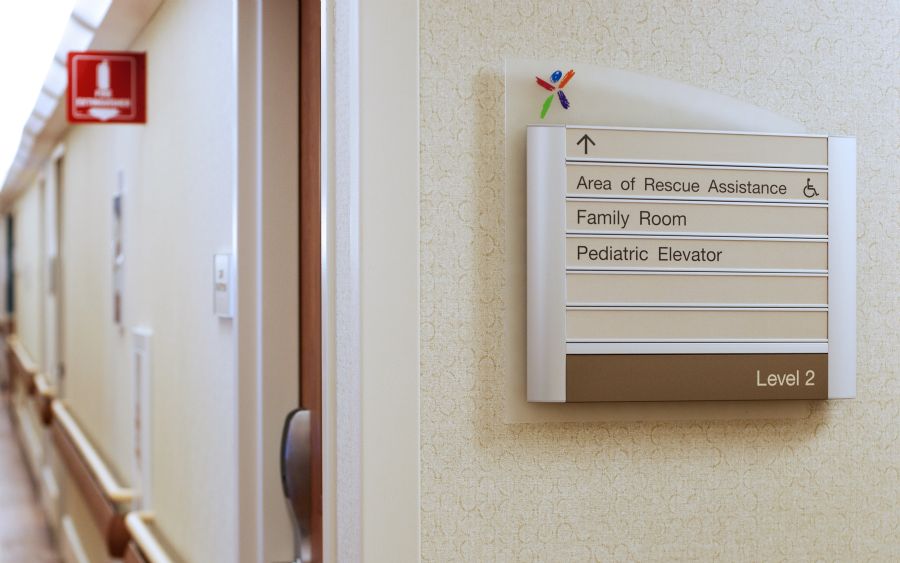 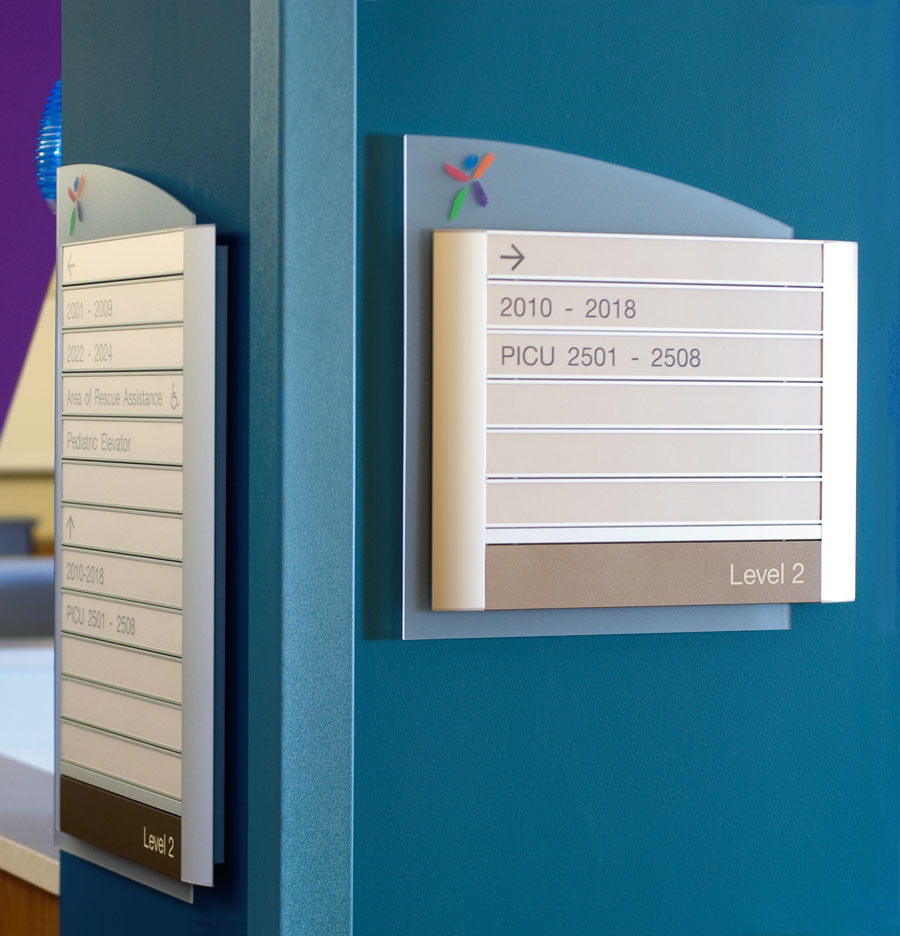 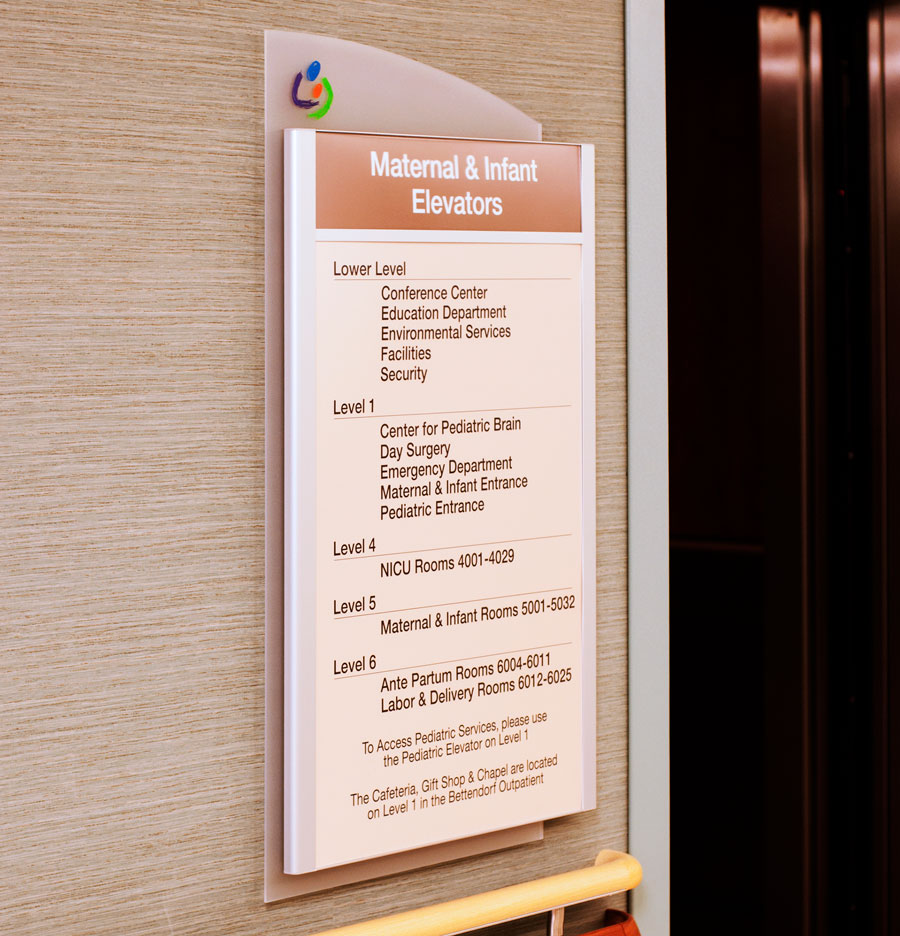