Download the PDF
The new inpatient tower at Long Island Jewish Medical Center physically eclipses the remnants of its 1950’s facade, reflecting  the advances in care that have been made possible by generous donations from the Long Island community. The curved, glass faced 10-story structure is nothing short of magnificent – it creates a uniquely tranquil healing environment for the 30,000 patients that seek family-centered care at LIJ Medical Center every year.

When Lebowitz Gould Design of New York City began developing the exterior signing and wayfinding for the campus, they chose a curved-face system , mirroring the architecture of the new tower. Unlike aluminum, translucent fiberglass faces maintain their structural integrity regardless of the amount of illuminated copy, as the lettering and background are integral to the illuminated sign face.  A curved illuminated blue accent was featured below the name and logo of the Medical Center. In addition to 4-sided and 2-sided pylons, information centers with an illuminated campus map and brochure holders are strategically placed around the campus.

Donor recognition was a key component of the sign program.  APCO worked closely with their customer, Spectrum Signs of Long Island, to expedite manufacturing so that the signs could be received and installed  before the ribbon cutting for the new tower in December 2011.

The updatability of APCO’s multi-panel system has already proven its value. Replacement panels with new messaging have been ordered and installed, keeping pace with growth and advancement at Long Island Jewish Medical Center. 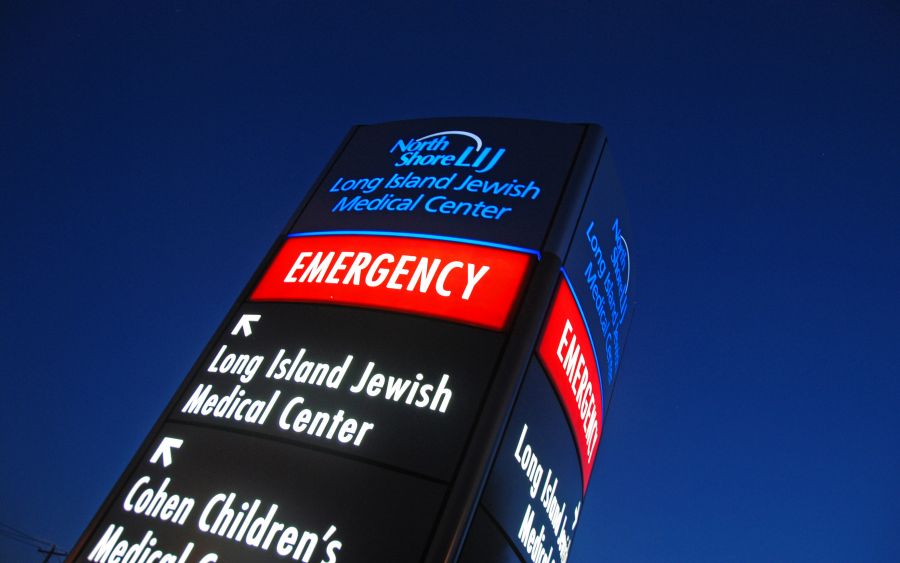 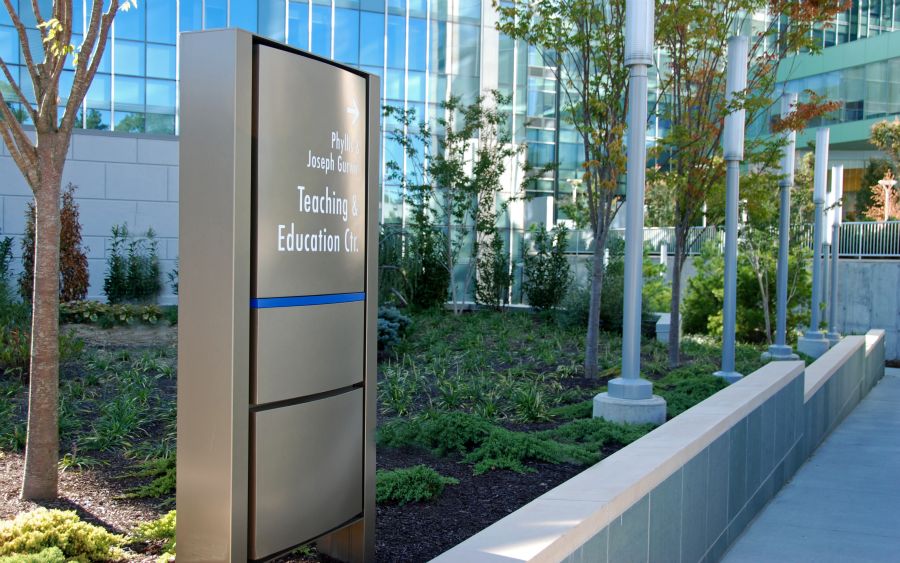 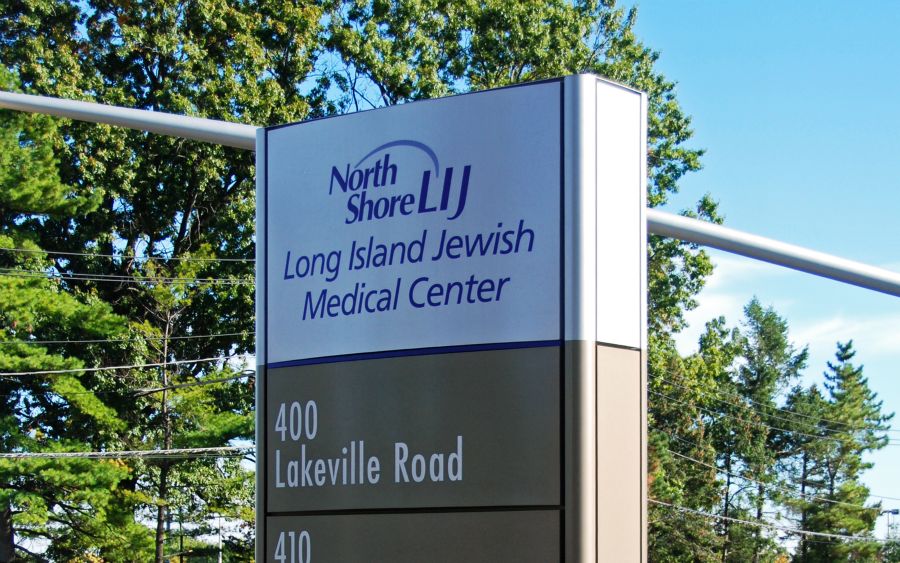 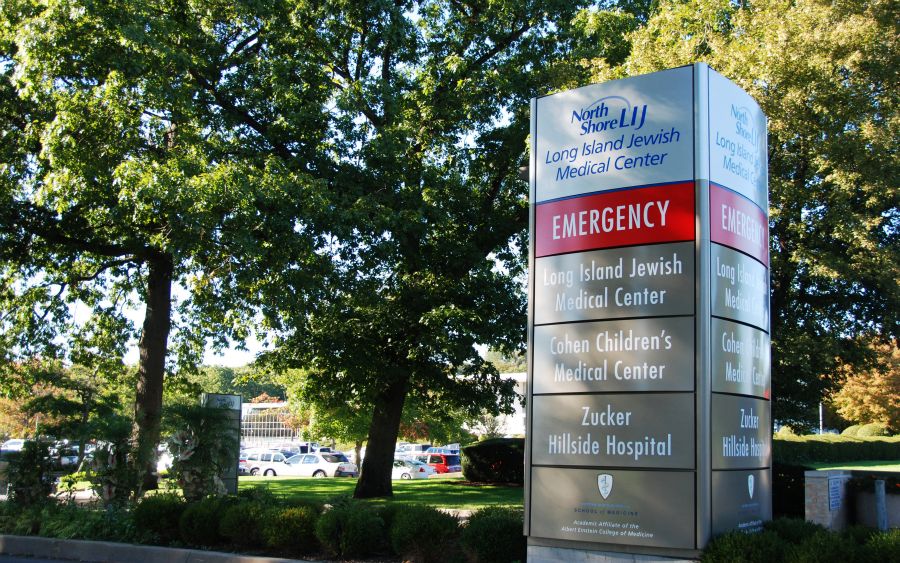 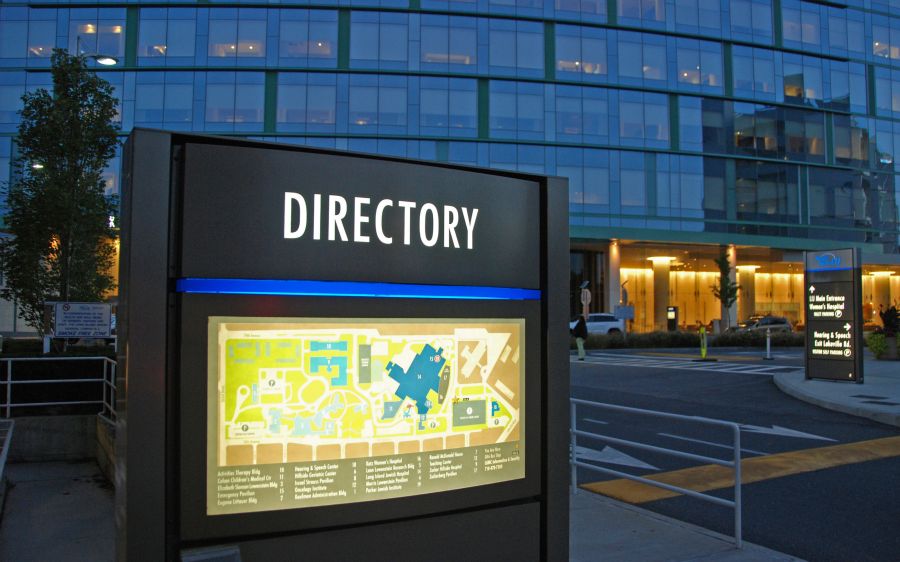 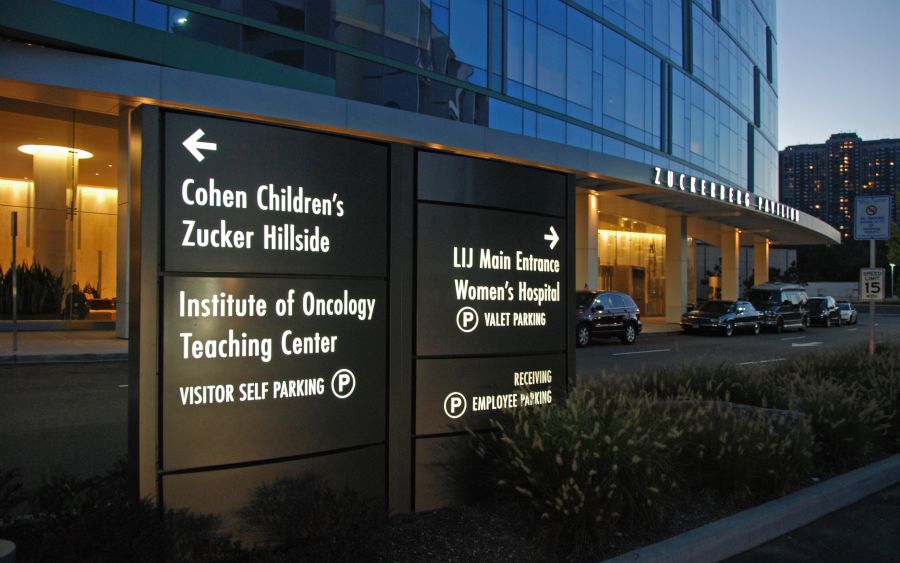 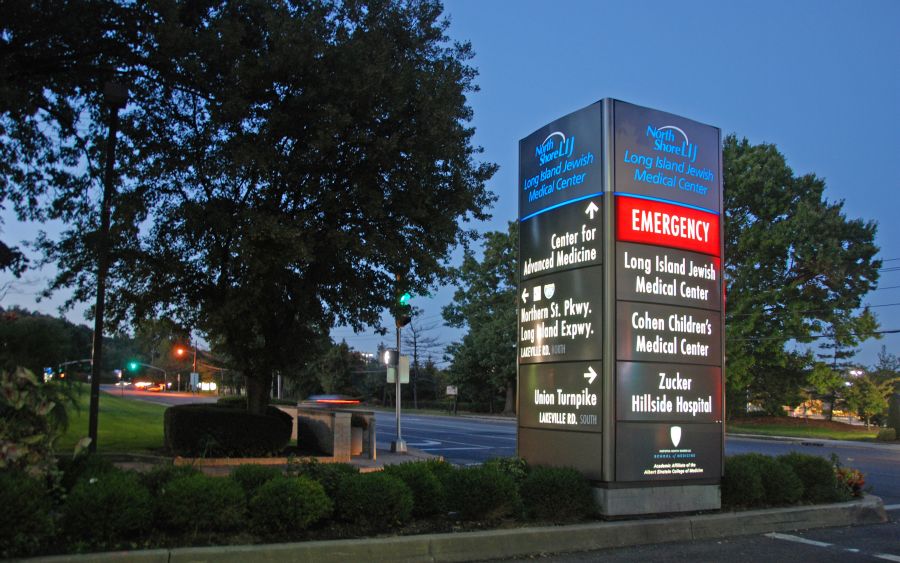 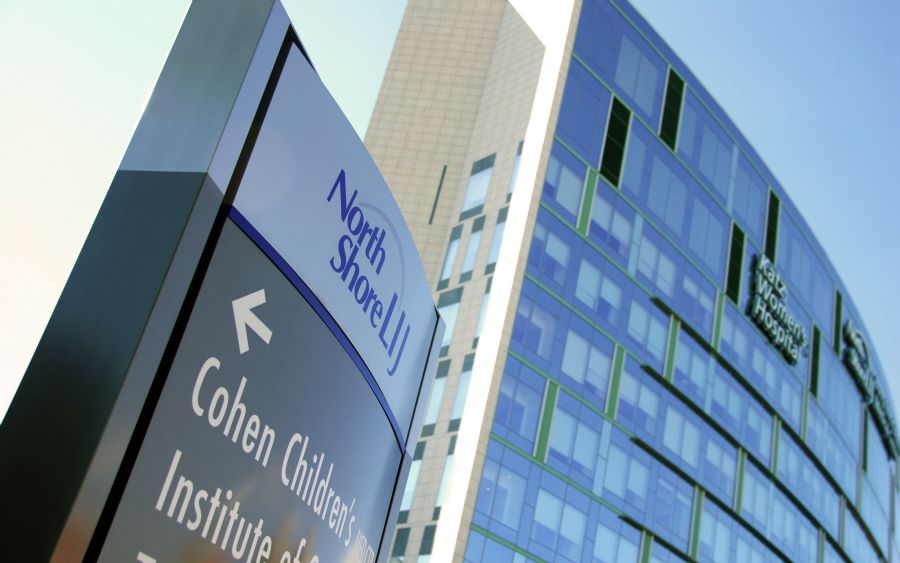